Mercedes give us a glimpse of the future

Earlier today we had a look at the innovative audio technology that is due to appear in our cars in the future, but what kind of cars will we be in in the future? Well Mercedes have revealed the F 015 today which is their prophecy of what their autonomous driving concept will eventually develop in to. It is named the F 015 Luxury in Motion concept and has been described by Mercedes boss Dieter Zetsche has called it “a mobile living space”, as you don’t actually have to drive, you let the car drive you around in luxury, whilst you simply live in it. The car features four rotating chairs that can face each other if that’s what you want. The F 015 is over 5 metres long and 2 metres wide which is a similar size to my second hand Mercedes-Benz S Class so I can vouch for the cars size, it’s certainly spacious. It is built using a considered mix of different materials to reduce the weight and the is no  B-Pillar in between the car doors making it as easy as possible to get inside. Furthermore the doors open up to 90 degrees.

The interior of the F 015 looks like something you would expect in a UFO featuring hi resolution screens on the dash, rear and side panels are apparently controlled by eye-tracking, gesture control or touch which allows passengers to interact with the car and the outside world. To be quite frank with you, we have absolutely no idea what that means. But it sounds pretty cool, until you sneeze  involuntarily. When the drivers seat is turned to face the dash a steering wheel automatically presents itself which is pretty cool and gives hope to the purists out there who still enjoy the actual thrill of driving. Is this what the future holds for luxury vehicles? The cross over period will be fun, seeing a car like this on the same road as a second hand Kia Picanto. 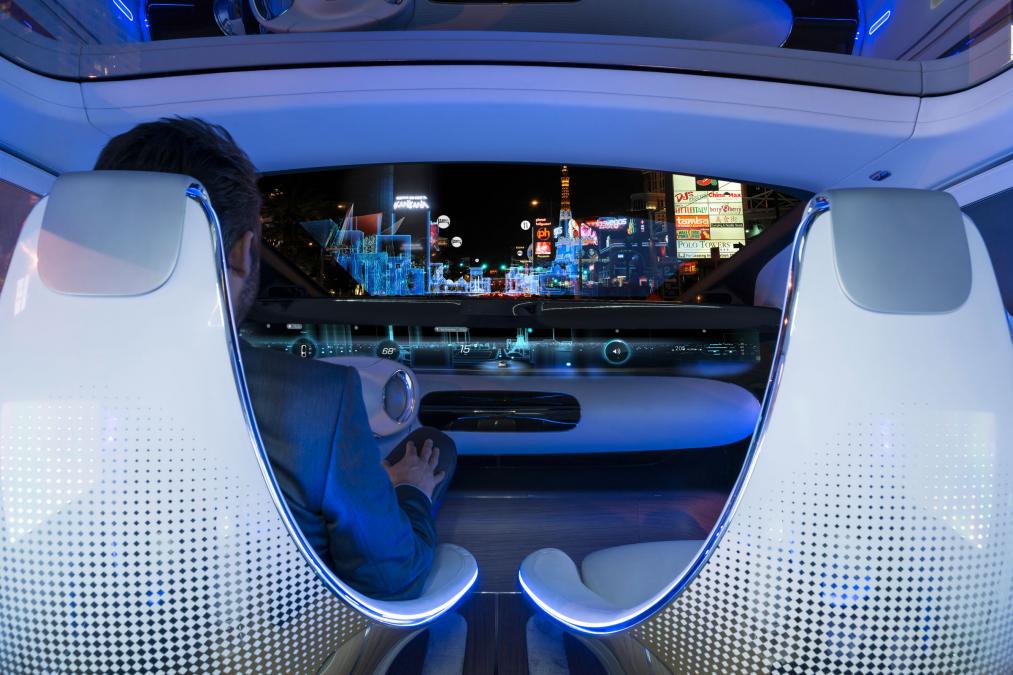